After the not-so-successful initial marketing efforts for Guess That Fart, and some time wondering if all my work on a fart app is for naught, I decided some upgrades were needed for the game.

I want Guess That Fart to rank higher on the Play store when someone searches for "fart games", and eventually, "fart app". I also wanted the game to be deeper in order to hopefully increase the potential revenue per person.

This led me to the main change for version 2.0: creating a fart catalog so you can play back farts whenever you want. But you only unlock fart noises by playing the game. Whenever you finish a stage, you can win prizes such as the unlocking of farts for your catalog. The higher your score is, the higher your chances of getting a good prize. After all, what's a game show without the possibility of winning prizes! 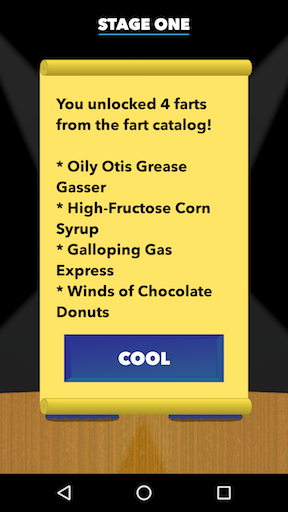 You select between two prize curtains to add some fun chanciness to the prize selection. Often the prizes will be the unlocking of fart noises, but I added several other silly prizes and a few special ones just for the Marathon stage. 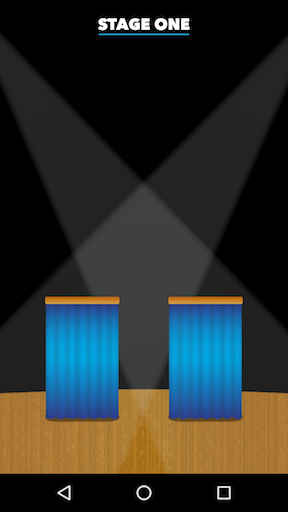 Having the fart catalog I think will help in competing with more traditional "fart apps", since I imagine most people looking specifically for a fart app are interested in playing back funny fart noises.

The other noticeable changes in version 2.0 include a "+1" that pops up whenever you guess a fart correctly, a silly announcement of your ranking at the end of a stage, and slashed prices in the shoppe! Basically a dollar buys everything now but there is also a $1.99 option that includes access to any future special add-ons to the game. I haven't decided exactly what those are yet but will once (and if) people start buying that package.

Version 2.0 of GTF is available on the Play store now!